Sexual Harassment at the Workplace: A Relook at the POSH Act on Its Eighth Anniversary 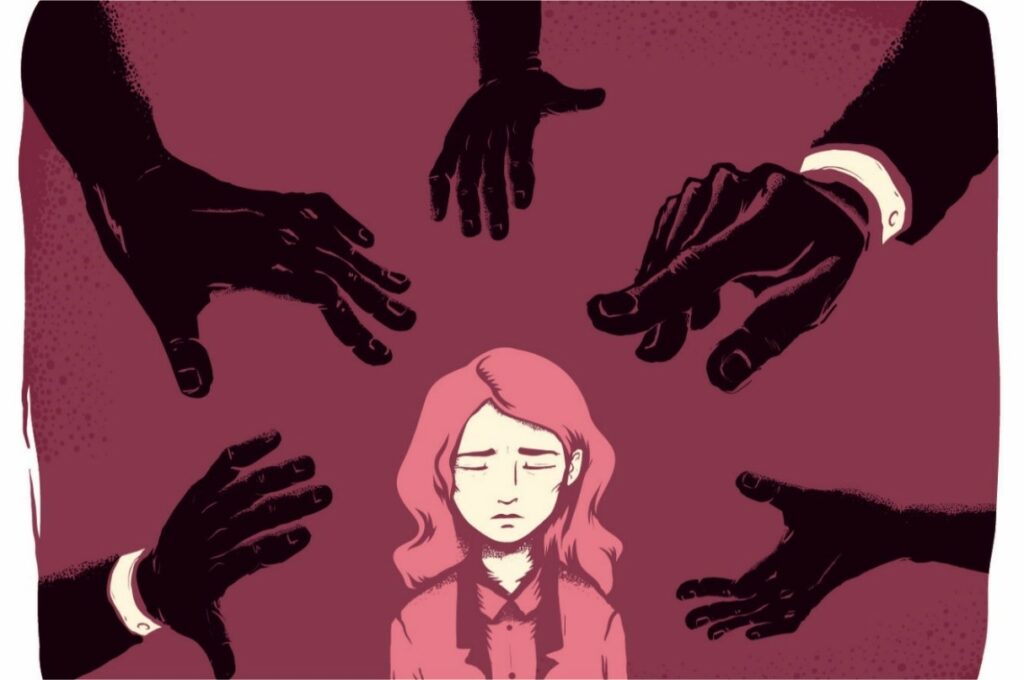 On December 9, 2013, the Sexual Harassment of Women at Work (Prevention, Prohibition, and Redressal) Act, 2013 (POSH Act) came into effect. Despite the fact that it was approved after 16 years of Supreme Court’s Vishaka decision, it was a massive progress in enshrining women’s basic workplace rights.

The act which is celebrating its eighth anniversary in existence in December 2021, and this would be good occasion to look at its journey of the legislation, and take a look at some of the most glaring flaws.

1.Employers should take preventive measures like an express preclusion of harassment and provide healthy work conditions in the matters of hygiene, comfort and health.

2.If there is an event of the infringement of administration rules in the workplace, suitable disciplinary action should be made.

3.If the offences submitted fall under the domain of the Indian Penal Code, 1860, the employer must report to the authorities.

4.To counter harassment, an organization should create a redressal committee. This should be done regardless of whether the protest constitutes a crime under the Indian Penal Code, 1860.Women must make up more than half of the members of such a committee, and the chairperson must also be a woman, as well as a counselling facility.

5.The business should take proper measures to spread awareness on the said issue.

The lawmakers took the safe route and just followed the Supreme Court’s decision from 1997. One evident consequence of this was the rise in popularity of two untested entities: the Internal Committee (IC) and the Local Committee (LC). The government was given authority under Section 30 of the Act to eliminate any obstacles to the implementation of the Act’s provisions. In November 2015, the Ministry of Women and Child Development released a guidebook on the POSH Act along with the manual, it would have been extremely beneficial to the new ICs and LCs if the government had released some explanations on IC appointment, conducting inquiries, and so on. The judicial review of the POSH Act by several High Courts and the Supreme Court has clarified some of the Act’s terms. The judiciary has resolutely refused to compromise some of the provisions of this statute on the basis of hyper-technicality or procedural infirmities, continuing to carry the torch for women’s rights (LS Sibu vs. Air India Limited and Others).

The following are the main areas that need to be revisited:

1.There were two major periods in the history of women’s protection against sexual harassment. The more obvious one was quid pro quo, but it took the State and the courts a long time to recognise the more subtle one: a hostile work environment. These two broad categories are subsumed under the POSH Act’s definition of “sexual harassment,” which is included in Section 2(n) and Section 3(2). For Example:-If the victim does not come forward to file a complaint, a respondent intimidating or physically harassing a complainant’s coworker while not directly interacting with the complainant would undoubtedly be traumatic for the complainant, and thus may need to be addressed through a hostile work environment.

2.The definition of “workplace” needs a relook. The discussion currently revolves around the judicial expansion that has occurred in relation to “workplace” under the Employees Compensation Act, 1923 (ECA). For example: A woman is interviewed at a company, and thereafter the male interviewer keeps proposing to her. In this case, the incidents of proposing may have been done by the respondent from his home, and when the complainant was also at her home when she received the messages/chats/calls. As a result, ICs around the country are wrestling with how to interpret the definitions of “workplace” and “during the course of work” in order to address such issues. Currently, there do not appear to be any constitutional court judgements addressing this issue.

3.Many procedural parts of the POSH Act may need to be reconsidered in light of the past eight years’ experiences. To begin, the time limit for making a complaint by a victim should be expanded, as the present model of 3+3 months is insufficient. It ignores the fact that many Indian women are still unaware of their rights and must overcome social shame in order to file a complaint. Second, the IC can only conduct an investigation if the complainant presents a formal complaint. While permitting third parties to file complaints presents a number of issues, it may be worth considering whether the IC can at least conduct a preliminary investigation without a written complaint.

4.The IC is now made up of personnel who are inexperienced in managing investigations and have no legal understanding. In this circumstance, how may an IC use Section 11(3) to exercise civil court power? Another argument is that these inputs would come from an external member present in the IC. Strangely, Rule 7(7) only requires “a minimum of three Members of the Complaints Committee, including the Presiding Officer or the Chairperson, as the case may be, to be present in conducting the inquiry.” The external member is not required to be present. It’s past time for this to change. One can look at how the system of independent directors has been systematized over the past few decades through introduction of Director Identification Number (DIN), training for directors, a registry for directors, etc. Something akin to this for IC members may go a long way in creating a more informed IC.